R.D. Chin is a full-time Feng Shui Architect who is currently licensed as a New York State architect, NCIDQ interior designer, author and teacher. Mr. Chin trained and worked with the late Paul Rudolph as an architect and further expanded his knowledge of the interior design field working with interior designer, Nina Hughes. He combines Western design principles with Feng Shui to align any space with dimensions of spirit, character, and a feeling of balance. In addition, Mr. Chin integrates his innate knowledge of his Chinese heritage with the wealth of insight gained from his travels to the Far East (China, Taiwan, Nepal, Tibet, India and Japan) as well as Europe and the United States.

Born in 1953, R. D. Chin has a civil engineering degree (BSCE) from Tufts University and a masters degree in architecture (M.Arch) from the University of Pennsylvania. He studied under the tutelage of late Grandmaster Lin Yun of the Black Sect Esoteric Buddhism Feng Shui. In 1993, Mr. Chin initially founded Space Alignment; it is now called R.D. Chin, Feng Shui Architect, an architectural design consultant practice in New York City. In addition to his own certification program, he also teaches regularly at the New York Open Center, the Metropolitan Institute of Design and other feng shui programs. He has also worked on proposals for an urban planning and housing development in the Netherlands and contributed a Feng Shui Proposal for the World Trade Center Memorial Competition with Colpacci Miclescu Architects, Amsterdam. 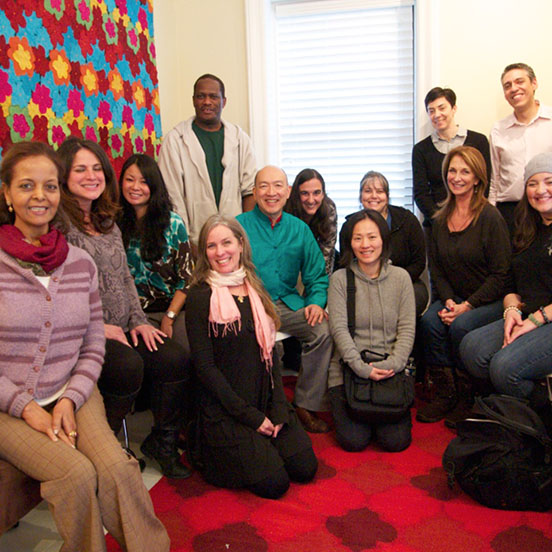 The Place, on Lifetime TV Network1997
back to top

The Red Tulip Building New York City
back to top

RD’s Marketing Video
back to top

A fun video of RD

RD Chin is interviewed in the Fall of 2007 with some great projects.

ABC News:Beijing Palace and Feng Shui
back to top

RD ChinInterviewed by Laura Benko
back to top

CCTV News: RD Chinon Feng Shui in the US
back to top

For more on the popularity of Feng Shui in the US and its origins in China, CCTV America’s Mike Walter spoke to Ronald Chin in San Francisco. He’s a Feng Shui master and teacher.